Sleeping Giant is a provincial park near Thunder Bay, Ontario. It boasts a stunning and unique geological formation – a massive volcanic mesa (tabletop plateau). The mesa has sheer cliffs that drop down into the boreal forest and the ocean-like expanse of Lake Superior. Though the Top of the Giant lookout is popular with day hikers, the backcountry on the peninsula offers hikers a unique “West-Coast” experience along the Lake Superior shores.

This trail is located in Sleeping Giant Provincial Park, on the north shore of Lake Superior. The trailhead is ~1 hour from Thunder Bay.

Traditional Territory: This route in Sleeping Giant Provincial Park is located on the traditional territory of Anishinabewaki and Michif Piyii (Métis) (source).

Map: There is a hiking map available at the visitor’s centre. There is also an online map by Ontario Parks.

Campsite Reservations: Campsite reservations can be made through the Ontario Parks Reservation System. You book a “zone” for each night (i.e. Lehtinen’s Bay).

Outfitter: We did not use any outfitter for this trip.

Shuttle: As this route is a loop, no shuttle is needed.

Distance: 7 km to campsite + 6.6 km roundtrip to the Top of the Giant

We left Thunder Bay at 7:00 am. After picking up our permits at the camp office, we started on the Kabeyun Trail around 9:00 am.

The first 7 km, to Lehtinen’s Bay, is flat and wide (and accessible by bicycle). We took the short detour to the Sea Lion Rock, an interesting rock formation on the shore of Lake Superior.

At Lehtinen’s Bay, we set up camp and ditched our bags. After a snack and a quick rest, we tackled the steep Top of the Giant trail. This section of trail is relentlessly steep, climbing 290 m up to the top of the cliffs that make Sleeping Giant so unique. Though there are some stairs and switchbacks, the ground is also loose in some sections, so watch footing. After the lung-busting climb, we were rewarded with incredible views of Lake Superior’s vastness, dropping away from the diabase mesa.

We returned down the trail to our camp at Lehtinen’s Bay and rewarded ourselves with a swim and some Sleeping Giant Brewing Co. beers that were chilled in the frigid Superior water.

A beautiful, spacious campsite with a rocky beach on the bay. There is a large fire pit by the campsites and some smaller, un-sanctioned fire pits on the beach. This is the most popular (and accessible) campsite in the Sleeping Giant backcountry, so expect to share with other users. The site has a bear locker and an outhouse.

Note: Please refrain from building or using un-sanctioned fire pits. The ash from fires scar the rocks and leaves permanent damage. Use the fire pit provided.

We took a short detour to the Thunder Cape Bird Observatory. Here, brave volunteers watch, track and band migratory birds. Thunder Cape is the first piece of land that birds encounter when travelling north across Lake Superior. Because of this, many rare and unusual birds pass by the cape. Unfortunately, the volunteer researchers were not around during our mid-July trip. However, on a previous trip, I stopped in and visited with them. They shared facts about the birds and offered to let us help count birds coming through. Thunder Cape also has a tall observation tower.

After arriving at Sawyer’s Bay, we set up camp, then hiked up The Head, another steep trail to the Sleeping Giant Mesa. The Head has a smaller viewpoint than the Top of the Giant trail, but it also sees much lower traffic and gives spectacular sunset views.

This campsite is on a shallow, sandy bay and small sandy beach. Because the bay is shallower and less exposed to Lake Superior, the water is much warmer than at other campsites. There is an old boat in the bush near the campsite. A bunch of deer passed through the site during the night. The site has fire pits, a bear locker and an outhouse.

On our last full day of hiking, we set off across the interior of the peninsula on the Talus Lake Trail. The Talus Lake trail is bushy, undulating, and follows streams and lowlands on the side of the mesa. There is a boulder hopping section and some small scrambles over the outcrop that make this trail a nice change from the flatter shoreline sections. Halfway through the day we ditched our full packs and took our final trip up the mesa, on The Chest trail, a viewpoint at the center of The Giant.

After linking up with the main Kabeyun Trail, we hiked to the Tee Harbor campground for our last night on the trail. We reached Tee Harbor early in the afternoon and ventured out onto the low cliffs of this “T” shaped spit of land. We spent the afternoon cliff jumping and swimming in frigid Lake Superior. That night we built up one last driftwood fire and went to bed listening to the waves gently crashing against the rocky beach.

This is a pretty, grassy campground with a small rocky beach and my favourite from the trip. The campground is narrow but has ample seating and a large fire pit. There are bear lockers and an outhouse. We pitched our tents near the beach but were surprised to find deer walking past them in the middle of the night as they moved down to the water.

Having eaten the remainder of our food the night before, we packed up early and easily hiked the short, flat trail back to the parking lot. We headed into Thunder Bay for a hearty meal of Finnish pancakes at The Hoito.

Sleeping Giant is my favourite hidden gem. The park is incredibly unique, and the backcountry is accessible but exciting. This trip was taken in mid-July when the bugs were at their worst. Without bug repellent and bug nets, we would have had a miserable time. I have also hiked in Sleeping Giant in Mid-August and had no issues with bugs.

Swimming in Lake Superior is a wonderful experience but be prepared for the cold. It is a good practice to have a towel, warm clothing and a fire ready to warm up, even when swimming in the summer. Though all the viewpoint hikes were exciting, the popular Top of the Giant trail is the most breathtaking. This trip could easily be shortened or lengthened, given the placement of campsites on the peninsula (The previous summer I did a two-night trip, staying at Letenian’s Bay and Sawyer’s Bay and hiked back to the trailhead on the Sawyer’s Bay trail).

A trip to Sleeping Giant is best paired with a stop in Thunder Bay! There are lots of great bars and restaurants in town to reward a weary hiker. Our group particularly enjoyed The Sleeping Giant Brewing Company (which offers great beer and a nice gift shop), and The Hoito.

Hey! I’m Liam! I am passionate about paddling and hiking, and have guided paddling trips in Manitoba and in Algonquin Provincial Park. My favourite river is the Bloodvein in Manitoba, followed closely by the Manigotagan. When I’m not paddling I work as a geologist. 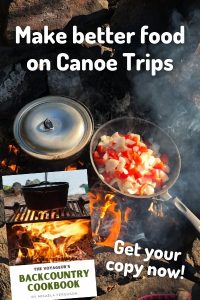 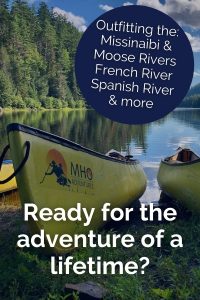 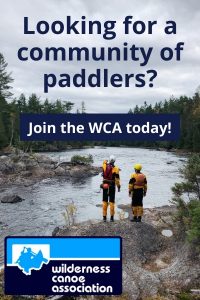